Daily Devotion: Where Is Your Treasure? 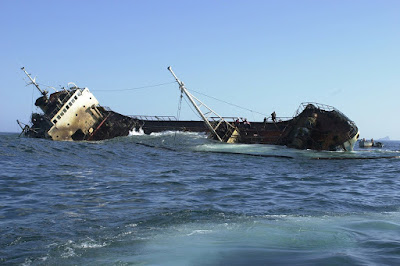 
Many years ago a secretary of the British Missionary Society called upon a Calcutta merchant for an offering to missions. The merchant wrote out a check for $250 and gave it to the secretary. But before the secretary left, a cablegram was given to the merchant. As he read it, a troubled look clouded his face. He said, “This cablegram informs me that one of my ships, with its cargo, has gone down at sea. This loss makes a difference in my affairs. I shall have to write you another check!”

The secretary said, “I understand,” as he returned the check for $250.

The merchant, with checkbook still open on his desk, wrote another check and gave it to the secretary. He was amazed when he saw it was for $1,000.

“Haven’t you made a mistake?” the secretary asked.

So where is your treasure? You will know that by where and how you spend your money.

✞ Give and pray for our missionaries: Ron and Loretta Jones to India; and David and Beth Gates to Egypt.