Daily Devotion: That’s What Missions Is 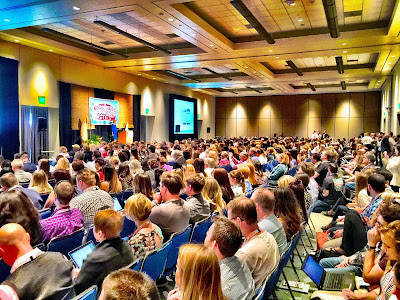 Bible Reading: Acts 19:1-12
Key Verse: Verse 2 –“He said unto them, Have ye received the Holy Ghost since ye believed? And they said unto him, We have not so much as heard whether there be any Holy Ghost.”

Key Words: We have not so much as heard

At the seminary there was a custom that the President could call on any student on any day for the morning chapel sermon. One young man was petrified, and each day he dreaded going to chapel for fear he would be called upon. Sure enough, one day the President rose, looked over the audience, pointed directly at him, and said, “Young man, you are to preach our sermon today.”

The student rose, but as he ascended to the platform, he was a nervous wreck. Looking over the congregation, he couldn’t speak. His mouth was dry, his knees were knocking, his hands were sweaty, his mind was reeling, and he felt he had a biscuit stuck in his throat. Finally he stammered, “How many of you know what I’m going to say today?” Nobody raised a hand. “Then neither do I,” he said, and sat down.

The next day as the students filed into chapel, the President again pointed to the young man, giving him a second chance. But again, the young man was gripped with fear. His hands and knees shaking, with a trembling voice he said, “How many of you know what I’m going to say today?” This time they all raised their hands. “Then,” he said, “if you already know, I don’t need to tell you;” and he went and promptly sat down.

The President of the seminary was angry, but he decided to give the young man one last chance. The next day, he again called on the student, and this time the student was more nervous than ever before. His mouth was thick and dry, and he felt as though he was going to faint. At last he muttered, “How many of you know what I’m going to say today?” This time half raised their hands and the other half did not. “Then,” he said, “those of you who know, please tell those who don’t know.”

✞Pray for our missionaries: Dan and Jennifer Post to New Brunswick, French Canada; and Scottie and Darlene Rackley to Madagascar.