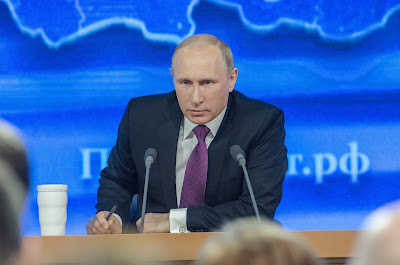 Bible Reading: Hebrews 11:32-40
Key Verse: Verse 37 – “They were stoned, they were sawn asunder, were tempted, were slain with the sword: they wandered about in sheepskins and goatskins; being destitute, afflicted, tormented;”

The U.S. Commission on International Religious Freedom (USCIRF) recently released a report which stated that the Sudan, China, and Russia head the list of nations in oppressing the religious rights of its people. Russia, according to the report, is at a crossroads and whatever route it takes will have a tremendous impact on all European nations.

In Sudan the situation is beyond horrible. More than two million Christians have been put to death because of their faith in Jesus Christ. In recent days my heart has been burdened for the people of Sudan (thus one of the reasons for this devotion). Since no one is allowed to go in Sudan (that is, no missionaries) reports are sketchy, to say the least, but we know the oppression is great.

China in recent times has begun again to persecute Christians. Many Christians who allow meetings to take place in their homes have been imprisoned for life. (Churches are not allowed in China so they meet in homes.)

Vladimir Putin, Prime Minister of Russia, issued a decree that any group not licensed by the state must be “liquidated.”

We are certainly living in the last of the last days. Satan and his demonic forces are busier than ever. We must get God’s Word out here in our Jerusalem that Jesus saves; but we must also see that all men, women, boys and girls around the world have the opportunity to hear the gospel as well. Will you pray, give, encourage, and even go out in your community and tell others?

✞ Pray for our missionaries: Bob and Iara Nichols to Brazil; and Marlin and Lisa Peterson to Uganda.