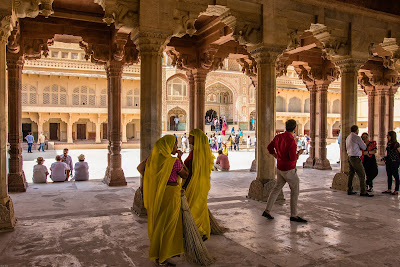 Bible Reading: Isaiah 6
Key Verse: Verse 8 “Also I heard the voice of the Lord, saying, Whom shall I send, and who will go for us? Then said I, Here am I; send me.”

Key Words: Here am I; send me

Truly we must reach the place in life that we fully comprehend that only what’s done for Christ will last. This can only be done as we see and realize that God is Holy, Holy, Holy.
In his book Facing Loneliness J. Oswald Sanders writes, “The round of pleasure or the amassing of wealth are but vain attempts to escape from the persistent ache. The millionaire is usually a lonely man and the comedian is often more unhappy than his audience.”
Sanders goes on to emphasize that being successful often fails to produce satisfaction. Then he refers to Henry Martyn, a distinguished scholar, as an example of what he is talking about. Martyn, a Cambridge University student, was honored at only 20 years of age for his achievements in mathematics. In fact, he was given the highest recognition possible in that field. And yet he felt an emptiness inside. He said that instead of finding fulfillment in his achievements, he had “only grasped a shadow.”
After evaluating his life’s goals, Martyn sailed to India as a missionary at the age of 24. When he arrived, he prayed, “Lord, let me burn out for You.” In the next seven years that preceded his death, he translated the New Testament into three difficult Eastern languages. These notable achievements were certainly not “passing shadows.”
Truly, only what’s done for Christ will be lasting. Everything else is but a passing shadow.

✞ Remember our missionaries of the day: Stephen and Charlotte Byrd to Ecuador; and Jordan and Celeste Gazaway to India.