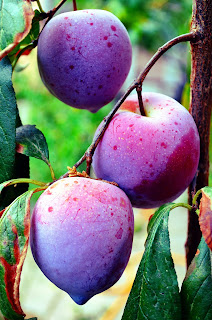 
We need to pray daily for missionaries who daily live in peril so others can come to a saving knowledge of Jesus Christ.

John G. Paton, a missionary to the South Sea Islands, often lived in danger as he worked among the hostile aborigines who had never heard the gospel. At one time three witch doctors, claiming to have the power to cause death, publicly declared their intentions to kill Paton with their sorcery before the next Sunday. To carry out their threat, they said they needed some food he had partially eaten. Paton asked for three plums. He took a bite out of each and then gave them to the men who were plotting his death.

On Sunday, the missionary entered the village with a smile on his face and a spring in his step. The people looked at each other in amazement, thinking it couldn’t possibly be Paton. Their “sacred men” admitted that they had tried by all their incantations to kill him. When asked why they had failed, they replied that the missionary was a sacred man like themselves, but that his God was stronger than theirs. From then on Paton’s influence grew, and soon he had the joy of leading some of the villagers to the Lord.

✞Pray for our missionaries of the day: Ty and Rebecca Pepperdine to China.