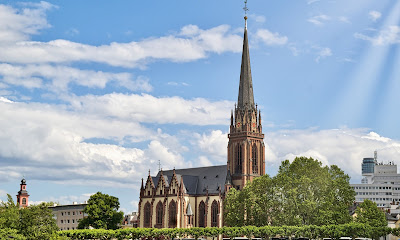 
A minister who had recently been called to a prosperous church was met by a prominent woman of the church who said to him, “Doctor, I do not believe in foreign missions.” The minister was grieved, but said nothing. A few weeks later, when the congregation was gathered about the Communion table, he took occasion to read the Master’s final words to the disciples. “The last words of our friends,” said the pastor, “are always precious. It affects us to know what chiefly weighs on their hearts as they are about to leave us. Any message or commission they give us then, we would rather do anything than to fail to heed or execute. It has always impressed me that the thing which weighed most on our Saviour’s heart as He was taking His departure, was the world of sinners for which He had died; and the very last request He made of His friends was that they should ‘go into all the world, and preach the gospel to every creature.’” Shortly after the close of the service, the same lady approached the pastor, and with tears in her eyes she said, “Doctor, I do believe in foreign missions.”

Since missions was the very heartbeat of Jesus, shouldn’t missions be our heartbeat as well?

✞ Pray for our missionaries to Mexico: Charles and Jurldeen Strong, and Nick and Patty Sutmaier.