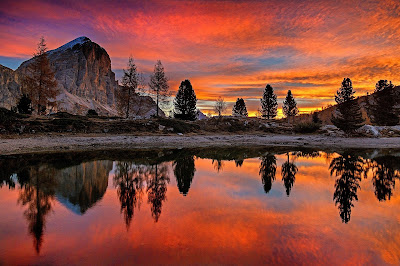 
Thought: A person's face is the signature of his soul. ~ William L. Stidger

On one occasion Martin Luther had been brooding for several days. Reports had been and still were coming of groups of peasants in revolt, and of increased papal pressure on the nobles to renounce their stand for Luther. These conspired to make him feel that he had undertaken a hopeless task.

On the morning when he was most deeply melancholic, he came into the dining room for breakfast. His wife, Katie, greeted him attired in a black dress which was as funeral in appearance as the costume she had worn as a nun.

Martin glanced at her quizzically. She usually greeted him with a cheerful, “Guten morgen, Herr Dokter,” but this morning she said not a word.

“What is wrong, Katie?” Martin inquired.

“God is dead,” she announced sadly.

“Woman that is a terrible heresy. God is not dead, nor doth He sleep. Never say that The Eternal has died. When heaven and earth shall pass away God will remain,” he affirmed.

“Then why do you waken each morning with such a doleful expression on your face? Why go through the day sighing like the north wind? In your university classes you claim to interpret the mind of God. You have appeared to know Him well, and I became certain, from the expression on your face, that God must surely have expired.”

She made this statement without a change of expression. Suddenly Martin burst out laughing. “You have convinced me, Katie, dear,” he said. “So, if ever you see me again with a melancholy countenance, remind me that God is living, that He will live forevermore. I promise you that I shall try not to appear as dour as a shriveled turnip.”

Maybe we should promise the same thing!

✞ Remember, your countenance is your face revealing what your heart is feeling.