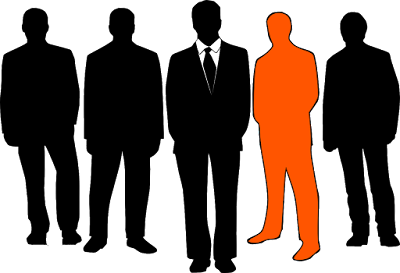 Key Verse: Verse 2 – “And he spake before his brethren and the army of Samaria, and said, What do these feeble Jews? will they fortify themselves? will they sacrifice? will they make an end in a day? will they revive the stones out of the heaps of the rubbish which are burned?”

Key Words: What do these feeble Jews?

Thought: The person who rows the boat usually doesn't have time to rock it.

Alan Loy McGinnis is a business consultant and author who had been called in to help change the negative trends in many large companies and corporations. In his book, The Power of Optimism, McGinnis writes:

"Corporations occasionally ask me to work with their low-producing managers and salespersons, the people who are failing, but whom they'd like to reclaim. As I sit with these men and women and listen to their conversation, I'm always struck by how pessimistic and cynical their talk is. One might say, `Of course they're negative; they know they're in trouble in their company.' But I suspect it may have worked the other way -- the reason they became losers was their habit of negative talk. At some point they evidently got into the habit of commenting on bad circumstances, the bad working conditions, and the bad state of their business. Maybe it originally got them some sympathy and attention, or maybe they picked up the habit from other workers. In any event, they became negative, and their work suffered."

McGinnis suggests several ways to reverse this, but one of the most powerful is to monitor and change the way we talk. When people begin talking more positively, they begin thinking or acting more so. He suggests watching every conversation to see the direction of the comments and attitudes it contains.

"In almost every situation," he writes, "it is possible to give the conversation an optimistic spin."

✞ I have discovered that everyone is doing one of three things. 1) Rowing the boat, 2) Rocking the boat, or 3) Just simply riding in the boat. Which one are you?

Are you Saved? | Get These Free Devotions Everyday By Email
Posted by D4L at 2:00 AM