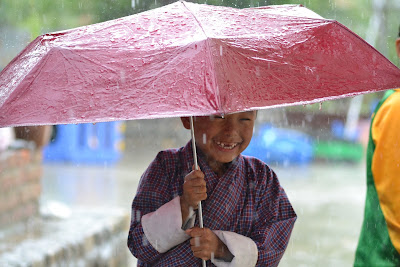 Key Verse: Verse 26 – “For as the body without the spirit is dead, so faith without works is dead also.”

Thought: Life may begin at forty, but everything else begins to wear out, fall out, or spread out.

The next day though, in the town square where they had had the meeting, there was a little boy. “Oh, God, we need rain. God, show Your power, and give us rain.” The day before, with all the preachers and all the religious symbols, calling on God, no rain. The little boy shows up the next day by himself in the town square, and as he way praying, the sky got darker. As he was praying, rumbling occurred. As he was praying, the shower hit, and it was pouring down rain.

What was it about the little boy? He said the same things that all the people said the day before. The day before they had all the ministers; they even brought their religious symbols. But the day the young boy came, when the clouds got dark, he lifted up the symbol that he brought: an umbrella. He expected it to rain.

When you anticipate rain, you take an umbrella. When a man tells you it’s going to rain, when a meteorologist says it’s going to storm today, most people will get their umbrellas because they believe his word. Meteorologists are wrong half the time and we still take them at their word. Why is it, when it comes to God, who is never wrong, we hesitate to believe and act on His Word?

✞Remember faith alone saves but a faith that saves will never be alone.