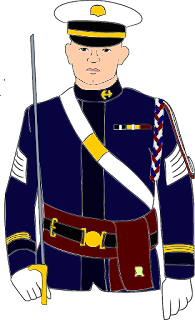 Key Verse: Verse 9 - “But we see Jesus, who was made a little lower than the angels for the suffering of death, crowned with glory and honour; that he by the grace of God should taste death for every man.”

Key Words: But we see Jesus

The following story was told by Donald Greg Barnhouse.

“Some years ago, I had to go out to Los Angeles on a plane from New York. The hostess seated a girl twenty or twenty-one years of age beside me. Obviously the girl had never flown before.

Over the loudspeaker, the hostess said, ‘Fasten your seatbelts’. The girl did not know what a seatbelt was.

I helped her and asked, ‘You’ve never flown before?’

And she said, ‘No, this is my first time.’ As I spoke to her, she opened her pocketbook, and there was a picture of a GI, a fine, rock-ribbed New England face.

“I talked to her. They had gotten married a year and a half before, had a honeymoon of just a few days, then he had gone to the coast and left for Korea. Now he was coming back home; she was going to see him, and that meant more to her than anything else. Nothing else counted for her; her whole soul was in her eyes.

"As I told her how to fix the seatbelt, I said, ‘Now don’t be worried, the engines are going to whirl and you’ll think that something is going to happen, but it isn’t. They’re just testing the engines and when they quiet down, then there will be the moment of pull and you’ll feel the takeoff.’ She was interested in everything she was doing, but most of all in the young man in the cellophane-bordered picture in her pocketbook. He was her bridegroom; she was his bride; she was going to see him.”

You wonder sometimes why Christians live as they do and make the choices they make. They are on their way to see their Bridegroom, yet they go right out and live in the world as though it made no effect in their life at all. Why do people live the way they live in light of the fact that Jesus is coming again? This is the blessed hope. We are going to see Him.