Daily Devotion: No Peace - But War 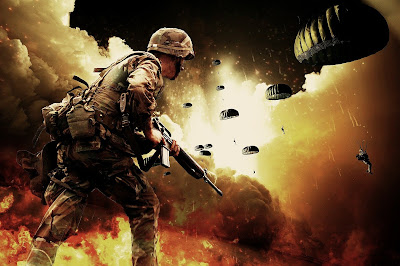 Key Verse: Verse 9 - “And Sarah saw the son of Hagar the Egyptian, which she had born unto Abraham, mocking.”

The hatred that existed in Abraham’s household still exists today. The conflict between Arabs and Jews is much deeper than a dispute over land. The dispute is theological. It is Judaism versus Islam. Islam’s theology insists that Islam triumphs over everything else. That is why, when you visit an Arabic city, the Islamic prayer tower is the highest point of the city. A follower of Islam is called a Muslim. The word means “one who submits,” while the word Islam literally means “submission.” The Arabs believe that, while Jesus, Moses, and several others were prophets, Mohammed was the greatest prophet. Muslims respect the Bible, including the Torah (Genesis – Deuteronomy), the Psalms and even the Gospels (Matthew – John); they still hold that the Al-Quram (the Koran) is the only absolute true word of God. Muslims believe that Allah is God, and that he has neither father nor mother, and he has no sons.

To the Muslims, Israel is as troublesome as a cornered snake. If the Arabs do not eventually defeat Israel in combat, then Mohammed has lied, the Koran is in error, and Allah is not the true God. These things are absolutely unthinkable to the Muslims. The existence and survival of Israel flies in the face of Muslim theology. As long as Israel survives, Muslim theology cannot be affirmed. It is for that reason that the Muslims are bent on seeing Israel destroyed.

Yassir Arafat, the former leader of the PLO, once said, “Our objective is the destruction of Israel. There is to be no compromise and no moderation. No, we do not want peace. We want war and victory. Peace for us means the destruction of Israel and nothing else. …We shall fight together as one Muslim nation under one flag. We are all zealots of the Muslim faith. We shall all stand together under the Muslim flag.”

What to do:
✞ Pray for Israel.
✞ Pray for your lost loved ones.
✞ Be vigilant as Satan is working overtime in these last days.


Are you Saved? | Get These Free Devotions Everyday By Email