Daily Devotion: The Music At The Marriage 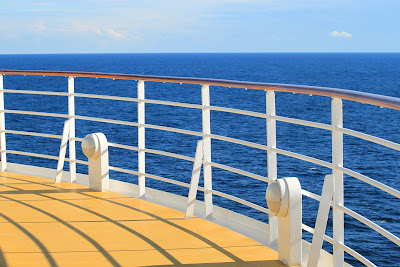 Key Verse: Verse 1 – “And after these things I heard a great voice of much people in heaven, saying, Alleluia; Salvation, and glory, and honour, and power, unto the Lord our God:”

The theme of Revelation 19 is “Hallelujah Chorus.” Did you know that Revelation 19 is the basis of Handel’s great composition that is known around the world? The word hallelujah is used four times in the first six verses. The word hallelujah comes from two Hebrew words: halal meaning “praise,” and Yahweh meaning “Jehovah.” So hallelujah literally means “praise the LORD!” Just a side note -- this word hallelujah is not used in any other place in the entire Bible.
In Revelation 19, we also find the word Amen, which means “let it be.” It is true, “Praise the LORD; let it be!” Did you know that the words hallelujah and amen are the same in every language? I have preached a number of places around the world, and those two words are the same everywhere. I may not understand a word the people are singing or saying until they say “hallelujah,” and I say “amen.”

Two Christian men from two different countries were traveling on the same ship and decided that they needed to get away from the crowd to meditate awhile. Each man took his Bible and walked on the deck. They saw each other and then saw the Word of God each held. At that moment, they knew they were comrades in Christ. They did not know how to communicate until one of them said “hallelujah,” and the other said “amen.” They embraced and knew that in the Lord Jesus Christ they were brothers.

There is nothing that can lift one’s spirit like good, hearty, vocal Godly music. Well, at the marriage supper of the Lamb we will have that music; and for the first time everyone in the assembly will actually be singing.
Dr. B. R. Lakin used to say, “I believe everybody who can sing but won’t sing ought to be sent to Sing-Sing and made to sing.” But on this day, we will all want to sing! What a day that will be!!

What to do:
✞ Do not wait for heaven to sing. Start today. Take part in every song service.
✞ Do not be afraid to sing. Lift your voice up to God.
✞ Did you know that singing Godly songs prepares you for worshipping God? Don’t believe it? Try it.