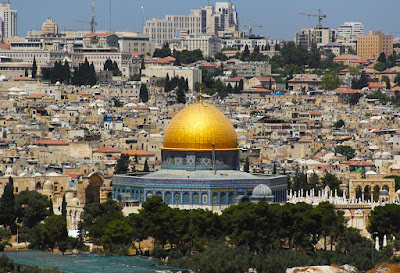 Key Verse: Verse 11 – “And it shall come to pass in that day, that the Lord shall set his hand again the second time to recover the remnant of his people, which shall be left, from Assyria, and from Egypt, and from Pathros, and from Cush, and from Elam, and from Shinar, and from Hamath, and from the islands of the sea.”

Key Words: to recover the remnant of his people

The Jews have defied thousands of years of persecution, bloodbaths, and holocaust. Also they have defied the trend toward absorption into other nations. They have retained their racial purity and are returning to the Promised Land, as promised, before the Lord returns.

Two kinds of Jews are again populating Israel. From the west come the “enlightened” Jews – those who are educators, doctors, lawyers, and industrialists. From the east come the deeply religious orthodox Jews – those who are passionately devoted to rebuilding Zion into an exclusively religious state. Both kinds of Jews will see a promised Messiah in the anti-Christ. The western Jews will hail him because he offers them a peace treaty that assures them security and freedom from war. The eastern Jews will embrace him because he will permit them to rebuild their rebuild their temple.

Many times in the past people have thought that the return of Christ was at hand. When the Christian era reached its one-thousandth year, many thought that Christ would return. When Islam swept across the Middle East, Africa, and Europe, it seemed as though the Lord must return. When the French Revolution steeped a nation in blood and elevated Napoleon to the throne, many cried out that the Lord’s return was imminent. When Hitler came on the scene and the Jews were being massacred by the thousands, again people cried out, “The Lord is coming!”

But one vital factor was missing in each of these situations: Israel had not been re-birthed as a nation. That is no longer the case, and the fact that Israel is back in her homeland adds more urgency to our message. End-time events can now take their ultimate shape, and the Lord’s return is really near.

What to do:
✞ Make your salvation sure.
✞ Put your priorities in order: God, family, job, etc.
✞ Pray for Israel.