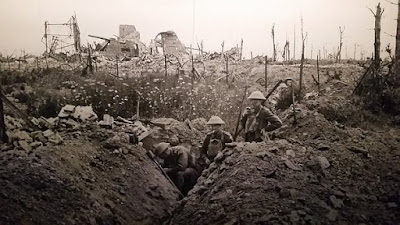 Key Verse: Verse 14 – “And they lifted up their voice, and wept again: and Orpah kissed her mother in law; but Ruth clave unto her.”

Key Words: And they lifted up their voice, and wept again

Naomi could have easily run from God, but instead she ran to God. The key to victory over the spiritual warfare of discouragement is turning to the Lord.

“There was a British soldier in the First World War who lost heart for the battle and deserted. Trying to reach the coast for a boat to England that night, he ended up wandering in the pitch black night, hopelessly lost. In the darkness he came across what he thought was a signpost. It was so dark that he began to climb the post so that he could read it. As he reached the top of the pole, he struck a match to see and found himself looking squarely into the face of Jesus Christ. He realized that, rather than running into a signpost, he had climbed a roadside crucifix. Then he remembered the One who had died for him – who had endured – who had never turned back. The next morning the soldier was back in the trenches.”
As a runner, when you are tired, afraid and discouraged, the best way I know to get your second wind is to strike a match in the darkness and to look on the face of Jesus Christ.

What to do:
✞ Remember, we all get discouraged from time to time; but the only sure way to overcome discouragement is to focus on Jesus and keep going.