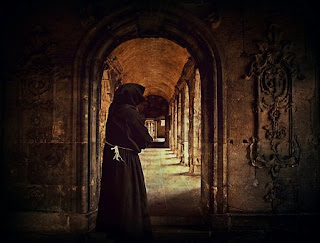 The leadership of the Jerusalem church faced some of the same challenges we face today, one of which was their murmuring.

The word murmur means to complain in a low voice, not loud, but yet still loud enough for others to hear their complaints.

A monk joined a monastery and took a vow of silence. After the first ten years his superior called him in and asked, “Do you have anything to say?” The monk replied, “Food bad.” After another ten years the monk again had opportunity to voice his thoughts. He said, “Bed hard.” Another ten years went by and again he was called in before his superior. When asked if he had anything to say, he responded, “I quit.” “It doesn’t surprise me a bit. You’ve done nothing but complain ever since you got here.”

When fighting the spiritual warfare of being the murmurer or being murmured about, it would do you well to remember the following.

A heavy wagon was being dragged along a country lane by a team of oxen. The axles groaned and creaked terribly, when the oxen turning around thus addressed the wheels, “Hey there, why do you make so much noise? We bear all the labor, and we – not you – ought to cry out!” Those complain first in our churches who have the least to do. The gift of grumbling is largely dispensed among those who have no other talents, or who keep what they have wrapped in a napkin.

So don’t let the murmurer get you down, and keep fighting the good fight of faith.

What to do:
✞ Remember, it takes no effort or talent to be a murmurer.