Daily Devotion: The Spiritual Warfare of Pride, Part 2 The Truth 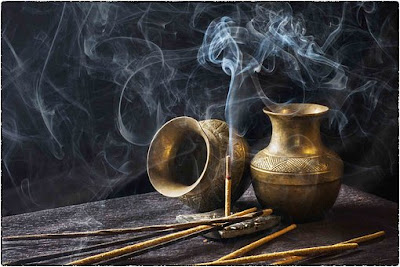 Key Verse: Verse 16 - “But when he was strong, his heart was lifted up to his destruction: for he transgressed against the LORD his God, and went into the temple of the LORD to burn incense upon the altar of incense.”

Key Words: his heart was lifted up to his destruction

When we begin to believe that it’s really us that is accomplishing things, then we are subject to both fail and fall.

Uzziah had a three-fold problem. First of all, he began to reign when he was sixteen. Too much authority at too early of an age can cause pride. Secondly, he began to believe that it was he who was accomplishing things rather than God. II Chronicles 26:8 says, “...for he strengthened himself exceedingly.” Thirdly, he began to think he could do anything, anytime, anywhere (II Chronicles 26:16).

It was Peter Marshall who prayed, “Lord, when we are wrong, make us willing to change; when we are right, make us easy to live with.”

In 1986, Gordon MacDonald was the president of InterVarsity Christian Fellowship. He was admired and respected by countless people throughout the Christian community. Within a year he was a broken man. He had committed adultery. By 1988, he was on the long road to healing and wrote a therapeutic book which dealt with his own brokenness, Rebuilding Your Broken World. In this book, MacDonald shared an experience which took place several years before his adulterous relationship. While on campus to speak at a college commencement, he struck up a conversation with a school board member. After some pleasantries the new acquaintance asked, “If Satan were to blow you out of the water, how do you think he would do it?” “I’m not sure I know,” said MacDonald. “All sorts of ways, I suppose; but I know there’s one way he wouldn’t get me.” “What’s that?” “He’d never get me in the area of my personal relationships,” answered MacDonald. “That’s one place where I have no doubt I’m as strong as you can get.” Satan is wise and powerful. That’s why Paul wrote, “Wherefore let him that thinketh he standeth take heed lest he fall.” (I Corinthians 10:12)

What to do:
✞ Do not give out authority too early.
✞ Never forget that without Jesus we can do nothing.