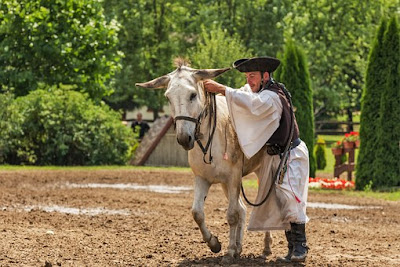 Key Verse: Verse 17 - “And it came to pass, when Ahab saw Elijah, that Ahab said unto him, Art thou he that troubleth Israel?”

Key Words: Art thou he that troubleth Israel?

No doubt because of Elijah’s bold stand for the Lord, he found criticism from many; but no criticism could come higher or harder than that from the king himself. Ahab criticized Elijah and blamed him for the famine in the land.

I have discovered that if you heed all of your critics, you’ll never accomplish anything. While we should learn from our critics, we should never let them deter us.

One of Aesop’s fables tells of an old man and his son bringing a donkey to market. Passing some people on the way, they heard one remark, “Look at that silly pair – walking when they could be riding comfortably.”

The idea seemed sensible to the old man, so he and the boy mounted the donkey and continued on their way. Soon they passed another group. “Look at that lazy pair,” said a voice, “breaking the back of that poor donkey, tiring him so that no one will buy him.”

The old man slid off, but soon they heard another criticism from a passerby: “What a terrible thing, this old man walking while the boy gets to ride.”

They changed places, but soon heard people whispering, “What a terrible thing, the big strong man riding and making the little boy walk.”

The old man and the boy pondered the situation and finally continued their journey in yet another matter, carrying the donkey on a pole between them. As they crossed the bridge, the donkey broke loose, fell into the river, and drowned.

Aesop’s moral: You can’t please everyone. So, why not please the Lord?

What to do:
✞ Learn from the criticism, but never let criticism deter you or discourage you. You will find that those who tend to have a critical spirit seldom take their own advice.