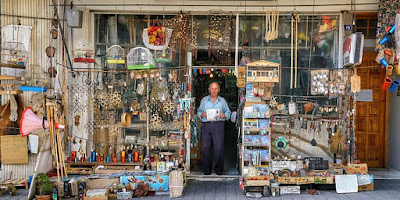 Key Verse: Verse 8 – “And Saul was very wroth, and the saying displeased him; and he said, They have ascribed unto David ten thousands, and to me they have ascribed but thousands: and what can he have more but the kingdom?”

I believe that there is a difference between jealousy and envy. I believe envy is when we want what others have while jealousy is when we don’t want others to have what we possess.

As you read the story of King Saul in I Samuel 18, you can clearly see that he did not want David to have what he possessed. Saul was losing in the warfare of jealousy.

Two shopkeepers were bitter rivals. Their stores were directly across the street from each other, and they would spend each day keeping track of each other’s business. If one got a customer, he would smile in triumph at his rival. One night an angel appeared to one of the shopkeepers in a dream and said, “I will give you anything you ask, but whatever you receive, your competitor will receive twice as much. Would you be rich? You can be very rich, but he will be twice as wealthy. Do you wish to live a long and healthy life? You can, but his life will be longer and healthier. What is your desire?” The man frowned, thought for a moment, and then said, “Here is my request: strike me blind in one eye!”

One sign of jealousy is when it’s easier to show sympathy and “weep with those who weep” than it is to exhibit joy and “rejoice with those who rejoice.”

Be careful, jealousy can and will destroy you.

What to do:
✞ Seek God’s help through prayer and Bible study in that you can win in the spiritual battle of jealousy.

Are you Saved? | Get These Free Devotions Everyday By Email
Posted by D4L at 2:00 AM