Daily Devotion: The Battle of the Imagination 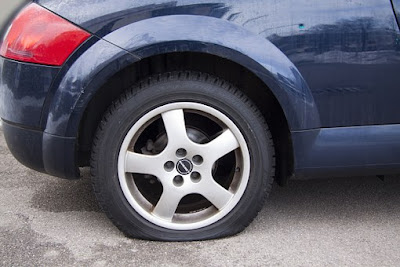 Key Verse: Verse 5 – “And GOD saw that the wickedness of man was great in the earth, and that every imagination of the thoughts of his heart was only evil continually.”

Key Words: And that every imagination of the thoughts of his heart was only evil continually.

The word imagination is from a Hebrew root word relating to pottery. It means “to fashion” or “to shape.” In Noah’s day people let their imagination run wild and as a result, men fashioned wicked philosophies; they formed obscene artifacts; they espoused filthy causes. They poured society into their mold.

When we let our imaginations run wild, it will always lead us on a downward spiral.

A salesman, driving on a lonely country road one dark and rainy night had a flat. He opened the trunk – no lug wrench. The light from a farmhouse could be seen dimly up the road. He set out on foot through the driving rain. Surely the farmer would have a lug wrench he could borrow, he thought. Of course, it was late at night – the farmer would be asleep in his warm, dry bed. Maybe he wouldn’t answer the door. And even if he did, he’d be angry at being awakened in the middle of the night. The salesman, picking his way blindly in the dark, stumbled on. By now his shoes and clothing were soaked. Even if the farmer did answer his knock, he would probably shout something like, “What’s the big idea waking me up at this hour!” This thought made the salesman angry. What right did that farmer have to refuse him the loan of lug wrench? After all, here he was stranded in the middle of nowhere, soaked to the skin. The farmer was a selfish clod – no doubt about that! The salesman finally reached the house, and banged loudly on the door. A light went on inside, and a window opened above. “Who is it?” a voice called out. “You know good and well who it is,” yelled the salesman, his face white with anger. “It’s me! You can keep your old lug wrench. I wouldn’t borrow it now if you had the last one on earth!”

If you let your imagination go, you will lose the battle of the imagination.