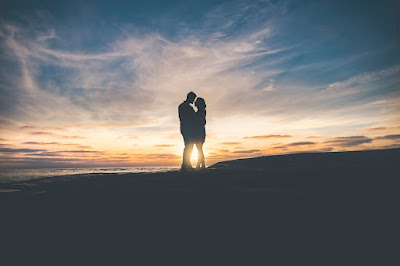 Key Verse: Verse 9 – “Know ye not that the unrighteous shall not inherit the kingdom of God? Be not deceived: neither fornicators, nor idolaters, nor adulterers, nor effeminate, nor abusers of themselves with mankind,”

The Word of God is clear in regard to marriage: marriage is male and female, man and woman.

When Jesus was asked about marriage and divorce in Matthew 19, He went back to the book of Genesis and reminded them not only about the permanence of marriage, but also states that marriage is to be between a man and woman – Adam and Eve, not Adam and Steve.

Have you ever considered that if God had intended for the human race to be fulfilled through both heterosexual and homosexual marriage, He would have designed our bodies to allow reproduction through both means, and He would have made both means of intimacy healthy and natural? Intimacy between homosexuals carries a high risk of disease. You read this in Romans 1:27, “And likewise also the men, leaving the natural use of the woman, burned in their lust one toward another; men with men working that which is unseemly, and receiving in themselves that recompense of their error [homosexuality] which was meet.”

Let me encourage you to read Romans, chapter one. As you do, you will find that man’s degeneration is measured by his perversion of sex. While many churches in our day are espousing sexual perversion instead of condemning it, God says in regard to those who are sexually perverted that “he gave them up” to live a life of idolatry and gross immorality. While the humanists of our day applaud sexual freedom, they fail to understand it’s actually sexual slavery.

What to do:
✞ Base your beliefs on God’s Word, not man’s thoughts.