Daily Devotion: A Biblical View of the Bible 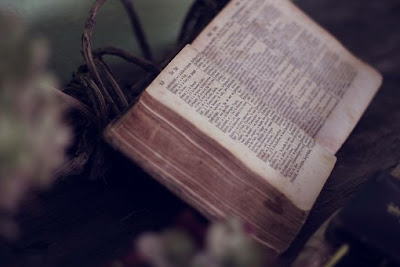 Key Verse: Verse 17 – “Sanctify them through thy truth: thy word is truth.”

Key Words: thy word is truth

Sometime back, I read the following article in the editorial section of “The Birmingham News.”

“Because the Bible tells us so.”

“This is a perfect example of circular reasoning – the practice of assuming something in order to prove the very same thing you assumed.

“There is no rational or empirical evidence giving the Bible the status of unquestioned authority. It’s only ‘authority’ comes from the flawed beliefs of ancient people. Hence, it contains a plethora of contradictions, scientific errors and just plain bad advice.”
~David N. Miles, Orange Beach

Mr. Miles and humanists like Mr. Miles could not be more wrong. While the Bible does declare its accuracy, history, archaeology, and science also prove the inerrancy of the Bible. Time and space do not allow an in-depth discussion in these areas, so let me give you one example for all three areas.

Secondly, archaeology: The very existence of David has been verified by an archaeological dig. Part of a monument was found at Tel Dan in 1993 which refers to the “house of David” and “King of Israel.” Ahab’s house of Iraq and pool of Samaria have been found (I Kings 22:38-39).

Thirdly, history: R. D. Wilson who wrote “A Scientific Investigation of the Old Testament” pointed out that the names of twenty-nine kings from ten nations (Egypt, Assyria, Babylon and more) are mentioned not only in the Bible but are also found on monuments of their own time. Every single name is transliterated in the Old Testament exactly as it appears on the archaeological artifact – syllable for syllable, consonant for consonant. The chronological order of the kings is correct.

The Bible is inerrant because it says it is and because science, archaeology, and history prove its inerrancy as well.

What to do:
✞ You believe God’s Word by faith, or the humanist’s way, by your feelings. The choice is your’s.