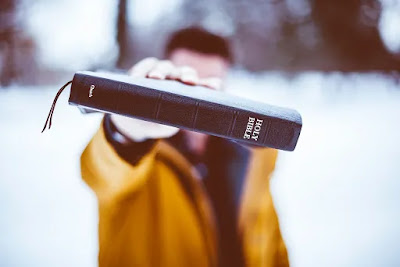 Key Verse: Verse 11 – “These were more noble than those in Thessalonica, in that they received the word with all readiness of mind, and searched the scriptures daily, whether those things were so.”

Paul and Silas had to flee from Thessalonica because the unbelieving Jews wanted to have them put to death. So Paul and Silas fled to Berea. We are told that Berea was a more noble place, partly because they “searched the Scriptures daily.”

The answer for life’s problems can be found inside the Word of God. I heard the following some time back, and it illustrates this point so well.

A young man from a wealthy family was about to graduate from high school. The custom of this affluent neighborhood was the bestowal of a car once the student graduated. The young graduate fully expected the norm would hold true for him as well. He had spent months talking about cars and looking at them with his father. Just a week before graduation the young man found what appeared to be the perfect car. The young man was certain that in just a few days he would see the car in his driveway. Yet when he opened the father’s graduation gift, it was a Bible. He was so mad that he stormed out of the house, leaving the Bible behind. The young man spent years angry with his father, and his father’s death was the only thing that brought him back home. As he was going through his father’s belongings, he came across the Bible his father had given him at graduation. Brushing the dust from the cover, he opened up the Bible. To his surprise and horror, he found a check inside dated the day of his graduation. The check was made out for the exact amount of the car he had wanted.

God’s greatest gifts are sure to be found in the pages of the Scriptures. So it is important that we search the Scriptures, for in them we do find “all we desire.”