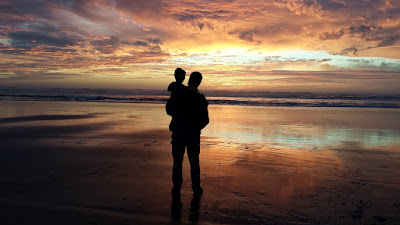 Key Verse: Verse 5 – “And the men of Ai smote of them about thirty and six men: for they chased them from before the gate even unto Shebarim, and smote them in the going down: wherefore the hearts of the people melted, and became as water.”

Key Words: the hearts of the people melted

A melted heart is not always a bad thing. Several years ago after one of our daughters’ wedding, I had walked over to the fellowship hall to the reception. I had noticed but had not paid close attention to my three-year-old grandson who was talking to me. He as well knew that I was not listening to what he was saying so he reached and grabbed my face with both hands and pulled it toward him and said with a loud voice, “Paw Paw, I said I love you!!” That was a melting heart moment.

But that’s not the kind of melting heart Israel was facing in Joshua 7. They were being soundly defeated by the army of men from Ai. The word melted means fainting with fear, running, fleeing when we should stand (i.e., Jonah). Have you ever had that kind of a melted heart?

It is said that seeking to know God better, John Chrysostom became a hermit in the mountains near Antioch in A.D. 373. Although his time of isolation was cut short by illness, he learned that with God at his side, he could stand alone against anyone or anything.

That lesson served Chrysostom well. In A.D. 398 he was appointed patriarch of Constantinople, where his zeal for reform antagonized the Empress Eudoxia, who had him exiled. Allowed to return after a short time, Chrysostom again infuriated Eudoxia, who sent him away again. How did Chrysostom respond to such persecution? With these words: "What can I fear? Will it be death? But you know that Christ is my life, and that I shall gain by death. Will it be exile? But the earth and all its fullness are the Lord's. Poverty I do not fear; riches I do not sigh for; and from death I do not shrink."

What to do:
✞ It’s good to have a melted heart because of love, but not because of defeat.