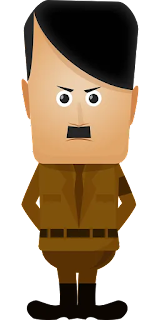 Key Verse: Verse 2– “They speak vanity every one with his neighbour: with flattering lips and with a double heart do they speak.”

Key Words: with a double heart do they speak

A double heart carries the idea of a heart that says one thing but means another.

The person who will tell a string of calculated lies is a man who has a double heart. He is what the world calls a “con man.”

Modern history gives us an example. "The greater the lie the more chance it has of being believed," said Adolf Hitler in Mein Kampf. The manipulation of truth was an essential part of Nazism. Behind the scenes, manipulating the media, orchestrating the propaganda for the Nazis was Josef Goebbles, the greatest liar of them all. He was the tactical genius behind the clever promotion of the party, the myth-maker, the creator of that halo of infallibility which allowed a petty politician by the name of Adolf Schicklgruber to become Der Fuhrer. Goebbels with his personal courage, his tireless mental energy, his unfailing flair for propaganda, and his hatred of the human race perhaps did more than Hitler to foist Nazism on the German people. They were a pair well met – Hitler the politician and Goebbels the propagandist…both con-men, both double-hearted men!

What to do:
✞ Say what you mean and mean what you say.