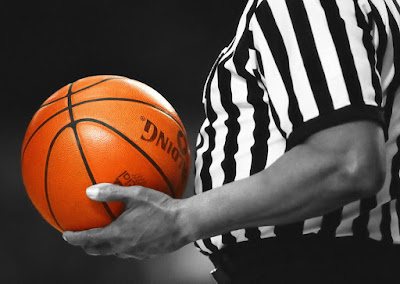 Key Verse: Verse 1- “Wherefore seeing we also are compassed about with so great a cloud of witnesses, let us lay aside every weight, and the sin which doth so easily beset us, and let us run with patience the race that is set before us,”

A Winner says, “Let’s find out;” a Loser says “Nobody knows.”
.
When a Winner makes a mistake; he says, “I was wrong;” when a Loser makes a mistake; he says, “It wasn’t my fault.”
.
A Winner goes through a problem; a Loser goes around it and never gets past it.
.
A Winner makes commitments; a Loser makes promises.
.
A Winner says, “I’m good, but not as good as I ought to be;” a Loser says, “I’m not as bad as a lot of other people.”
.
A Winner listens; a Loser just waits until it’s his turn to talk.
.
A Winner respects those who are superior to him and tries to learn from them; a Loser resents those who are superior to him, and tries to find chinks in their armor.
.
A Winner explains; a Loser explains away.
.
~ Sources Unknown

Suffering from terminal spinal cancer at the age of 47, former North Carolina State basketball coach Jim Valvano spoke with a reporter. He looked back on his life and told a story about himself as a 23-year-old coach of a small college team.

"Why is winning so important to you?" the players asked Valvano.
.
"Because the final score defines you," he said, "You lose, ergo, you're a loser. You win, ergo, you're a winner."
.
"No," the players insisted. "Participation is what matters. Trying your best, regardless of whether you win or lose -- that's what defines you."
.
It took 24 more years of living. It took the coach bolting up from the mattress three or four times a night with his T-shirt soaked with sweat and his teeth rattling from the fever chill of chemotherapy and the terror of seeing himself die repeatedly in his dreams. It took all that for him to say it: "Those kids were right. It's effort, not result. It's trying. God, what a great human being I could have been if I'd had this awareness back then."
.
~ Gary Smith of Sports Illustrated

What to do:
✞Are you doing your best for Jesus? I hope so.