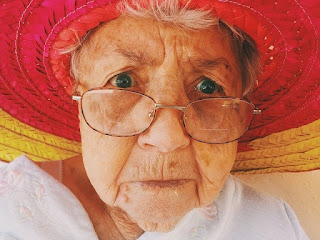 Key Verse: Verse 11- “Now when Job's three friends heard of all this evil that was come upon him, they came every one from his own place; Eliphaz the Temanite, and Bildad the Shuhite, and Zophar the Naamathite: for they had made an appointment together to come to mourn with him and to comfort him.”

Have you ever had someone who meant to encourage you but in reality their words had the opposite effect? Well, Job’s three friends would certainly fit into that category. We know that they came to mourn with Job and to comfort him, but their efforts failed miserably.

See if you think these words from Eliphaz are encouraging. Job 5:26a, “Thou shalt come to thy grave in a full age.” Job, you are going to die, but you’ve lived a good life. How encouraging is that?

Then how about the words of Bildad found in Job 8:4, “If thy children have sinned against him (God), and he have cast them away for their transgression;.” Job, have you considered that your children died because they were living in sin? Now, don’t you know those words just brightened Job’s day?

Then Zophar came and shared these words with Job, “If iniquity be in thine hand, put it far away, and let not wickedness dwell in thy tabernacles” (Job 11:14). In essence he is saying, Job, you are living in sin.

I guess this is where the old saying, “With friends like these, who needs enemies?” came from.

People often do have the best of intentions but their words seem to discourage rather than encourage.

This reminds me of the story of the visiting pastor who greeted people after the Sunday morning service. The people seemed very generous and appreciative of the sermon. But one lady abruptly stated, “Too long!” as she filed past the pastor. She then circled back through the line and shouted, “Too loud!” The two negative comments unnerved the pastor a bit, but he tried to maintain his composure. When she came through a third time her comments were no more flattering. She declared, “And it was also boring!” At that point the chairman of the deacons intervened and assured the pastor that this woman’s remarks should not be taken seriously. He whispered, “Don’t pay any attention to her. She’s a little senile and doesn’t know what she’s talking about. She just repeats what other people say.” Not very encouraging!! So let me caution you when you attempt to encourage others, use the right words.

What to do:
✞ Make sure your brain is not in neutral when your mouth is in gear.
✞ Pray for wisdom.
✞ Always be encouraging, and you’ll always be a blessing.