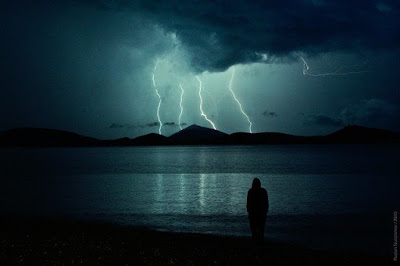 Now, it really doesn’t matter with me which of the three definitions you choose if you aspire to be godly. Your life will change and this thing called the Christian life will then have some real meaning and purpose to it.

Years ago, a pregnant woman stood in the yard of her Baltimore, Maryland, home and shook her fist at God in a torrential rainstorm and shouted vulgarities at God, and taunted Him to strike her dead if He did indeed exist. After the lightning did not strike, she turned to her family who witnessed the unusual ordeal and declared victory because she had proven that God didn’t exist. She would later tell her son, Bill, that she didn’t care if he became a drug addict, bank robber, or even brought home a boyfriend instead of a girlfriend. All she wanted was for him to never become a Christian. Bill Murray, son of Madelyn Murray O’Hare, did become a Christian, and at the age of thirty-three, his mother disowned him. His life was transformed from a life of pornography and alcohol to a life devoted to God. Bill Murray said after he was saved, “I have the peace I’ve longed for all of my life.” He went on to say that “Godlessness siphons away any meaning to life.”

If your Christian life has no meaning, then I challenge you to put godliness into your character and be devoted to God. You will find some real peace and meaning to life.