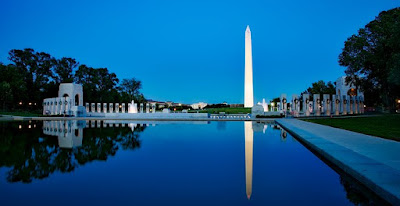 I have a little saying in regard to the bragger. "The boastful person is like eating cold grits, not tasty and hard to swallow."

The story goes that there was a sightseeing bus making the rounds through Washington, D. C., and the driver was pointing out spots of interest. As they passed the Pentagon building, he mentioned that it cost taxpayers millions of dollars and that it took a year and a half to build. While everyone was looking at it, a little old woman piped up: “In Peoria we could have built the same building for less, and it would have been completed even sooner than that!”

The next site on the tour was the Justice Department building. Once again the bus driver said that it cost so many millions to build and took almost two years to complete. The woman repeated: “In Peoria we would have done it for less money, and it would have been finished much sooner.” The tour finally came to the Washington Monument, and the driver just passed slowly by without saying a word. The old woman was curious. “Hey,” she shouted to the driver, “what’s that tall white building back there?” The driver looked out the window, waited a minute and then said, “Search me, lady. It wasn’t there yesterday.”

Always remember, when we are boastful we are not tasty and what we say is hard to swallow.

What to do:
✞ Praise others, not yourself!