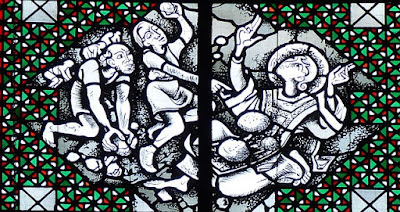 Key Verse: Verse 12 – “Let no man despise thy youth; but be thou an example of the believers, in word, in conversation, in charity, in spirit, in faith, in purity.”

Key Words: be thou an example

Even in the most difficult of times, we are to be an example with our words, conversation (manner of life), charity, spirit, faith and our purity. I believe in so doing, God reaches the hardest of hearts.

When Joseph Parker, the great London preacher of the last century, was debating one day on the town green with enemies of Christianity, an infidel shouted to him, “What did Christ do for Stephen when he was stoned?” Parker answered – and he said the answer was given him like an inspiration from Heaven – “He gave him grace to pray for those who stoned him.” It was the belief of St. Augustine and of Luther that the prayer which was offered by Stephen for those who stoned him, and which Paul must have heard when he held the clothes of those who did the stoning, was used of God for the conversion of the apostle. ~Watchman-Examiner

So the next time you are in the midst of those who desire to harm you, have the grace to pray for them.

What to do:
✞ Men ought always to pray. Try prayer before you try to get even.