Daily Devotion: The Grace to Lead 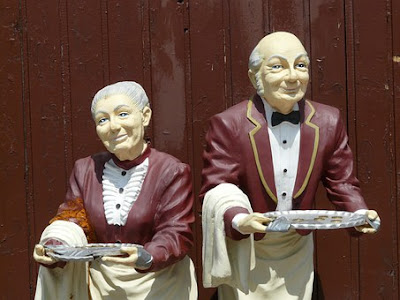 Key Verse: Verse 1- “The elders which are among you I exhort, who am also an elder, and a witness of the sufferings of Christ, and also a partaker of the glory that shall be revealed:”

Key Words: The elders which are among you

Peter was a natural leader. What Peter did, seemingly, the other apostles did as well. Where he went, they went. Peter’s influence as a leader was without equal.

In our Bible reading we see five qualities of leadership.

Secondly, a leader doesn’t lead for money, but for the passion and heart of the project that lies before them. Verse 2b says, “...not for filthy lucre, but of a ready mind; ....”

Thirdly, a good leader is not a dictator but is a motivator: verse 3a, “Neither as being lords over God’s heritage.”

Fourthly, a leader must be a worthy example for the people: verse 3b, “...but being ensamples to the flock.”

Speaking of humility and leadership, Hudson Taylor was scheduled to speak at a large Presbyterian church in Melbourne, Australia. The moderator of the service introduced the missionary in eloquent and glowing terms. He told the large congregation all that Taylor had accomplished in China, and then presented him as “our illustrious guest.” Taylor stood quietly for a moment, and then opened his message by saying, “Dear friends, I am the little servant of an illustrious Master.” Amen and amen!

What to do:
✞ Apply the five qualities of spiritual leadership.