Daily Devotion: The Grace to Give Ourselves 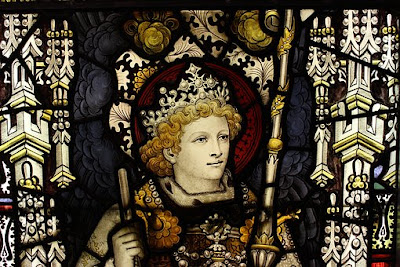 Key Verse: Verse 16 - "And next him was Amasiah the son of Zichri, who willingly offered himself unto the LORD; and with him two hundred thousand mighty men of valour.”

Key Words: who willingly offered himself unto the LORD

Not much is known about Amasiah other than who his father is (Zichri), and that he gave himself to the Lord. Now while this may not be much, it’s more than can be said of many today.

It is said that Cyrus, the founder of the Persian Empire, once had captured a prince and his family. When they came before him, the monarch asked the prisoner, “What will you give me if I release you?” “The half of my wealth,” was his reply. “And if I release your children?” “Everything I possess.” “And if I release your wife?” “Your Majesty, I will give myself.” Cyrus was so moved by his devotion that he freed them all. As they returned home, the prince said to his wife, “Wasn’t Cyrus a handsome man!” With a look of deep love for her husband, she said to him, “I didn’t notice. I could only keep my eyes on you—the one who was willing to give himself for me.”

What to do:
✞ Give yourself to the Lord.