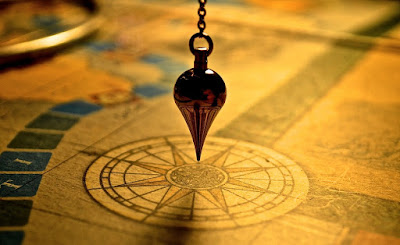 Key Verse: Hebrews 11:35b - “…and others were tortured, not accepting deliverance; that they might obtain a better resurrection:”

Key Words: and others were tortured

Would you not agree with me that as you read about the Apostle Paul and all he went through that he had a faith to endure?

I have found that it’s easier to say “I have faith” than to live and endure by faith.

The following illustration was given by Ken Davis in his book, How to Speak to Youth.

“In college I was asked to prepare a lesson to teach my speech class. We were to be graded on our creativity and ability to drive home a point in a memorable way. The title of my talk was, ‘The Law of the Pendulum.’ I spent twenty minutes carefully teaching the physical principle that governs a swinging pendulum. The law of the pendulum is: A pendulum can never return to a point higher than the point from which it was released. Because of friction and gravity, when the pendulum returns, it will fall short of its original release point. Each time it swings it makes less and less of an arc, until finally it is at rest. This point of rest is called the state of equilibrium, where all forces acting on the pendulum are equal.

“I attached a three-foot string to a child’s toy top and secured it to the top of the blackboard with a thumbtack. I pulled the top to one side and made a mark on the blackboard where I let it go. Each time it swung back I made a new mark. It took less than a minute for the top to complete its swinging and come to rest. When I finished the demonstration, the markings on the blackboard proved my thesis. I then asked how many people in the room BELIEVED the law of the pendulum was true. All of my classmates raised their hands, so did the teacher. He started to walk to the front of the room thinking the class was over. In reality, it had just begun. Hanging from the ceiling beams in the middle of the room was a large, crude but functional pendulum (250 pounds of metal weights tied to four strands of 500-pound test parachute cord).

“I invited the instructor to climb up on a table and sit in a chair with the back of his head against a cement wall. Then I brought the 250 pounds of metal up to his nose. Holding the huge pendulum just a fraction of an inch from his face, I once again explained the law of the pendulum he had applauded only moments before. ‘If the law of the pendulum is true, then when I release this mass of metal, it will swing across the room and return short of the release point. Your nose will be in no danger.’ After that final restatement of this law, I looked him in the eye and asked, ‘Sir, do you believe this law is true?’ There was a long pause. Huge beads of sweat formed on his upper lip and then weakly he nodded and whispered, ‘Yes.’ I released the pendulum. It made a swishing sound as it arced across the room. At the far end of its swing, it paused momentarily and started back. I never saw a man move so fast in my life. He literally dived from the table. Deftly stepping around the still-swinging pendulum, I asked the class, ‘Does he believe in the law of the pendulum?’”

Now, let me ask, when the trials of life swing their pendulum at you, does your faith endure or does it die?

What to do:
✞ Always remember, “Faith puts God between us and our circumstances.” - Daniel Webster