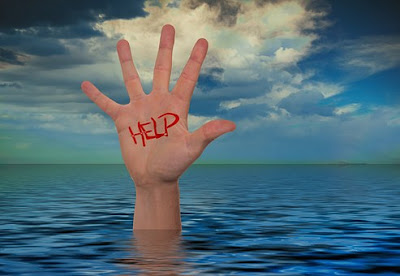 Key Verse: Hebrews 11:7 - “By faith Noah, being warned of God of things not seen as yet, moved with fear, prepared an ark to the saving of his house; by the which he condemned the world, and became heir of the righteousness which is by faith.”

In II Peter 2:5 we are told that Noah was “a preacher of righteousness,” so he knew he witnessed through the Word. But he also witnessed through his actions according to Hebrews 11:7, “By faith Noah, being warned of God of things not seen as yet, moved with fear, prepared an ark to the saving of his house; by the which he condemned the world, and became heir of the righteousness which is by faith.” The word condemn means to judge, to sentence by our actions.

I remember hearing of a man at sea who was very sea-sick. If there is a time when a man feels that he cannot do any work for the Lord it is then – in my opinion. While this man was sick he heard that a man had fallen overboard. He was wondering if he could do anything to help to save him. He laid hold of a light, and held it up on the port-hole.

The drowning man was saved. When this man got over his attack of sickness he was up on deck one day, and was talking to the man who was rescued. The saved man gave this testimony. He said he had gone down the second time, and was just going down again for the last time, when he put out his hand. Just then, he said, someone held a light at the port-hole, and the light fell on his hand. A man caught him by the hand and pulled him into the lifeboat.

It seemed a small thing to do to hold up the light; yet it saved the man’s life. If you cannot do some great thing, you can hold the light for some poor, perishing drunkard, who may be won to Christ and delivered from destruction. Let us take the torch of salvation and go into these dark homes, and hold up Christ to the people as the Savior of the world.

Let me challenge each of us today to not just be a light with our words, but with our actions as well.

What to do:
✞ Witness with your words; but remember, they are useless if your actions don’t match.