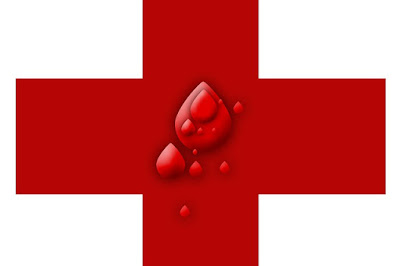 Key Verse: Hebrews 11:28 – "Through faith he kept the passover, and the sprinkling of blood, lest he that destroyed the firstborn should touch them.”

In standing right, Moses forsook Egypt and never forgot it was God Who delivered them from the land of sin.

I trust today that each of us understand that it is the blood of Jesus, the precious Lamb of God, Who delivered us from the bondage of sin and as a result, we too need to stand right.

In his book, The Great Boer War, Sir Arthur Conan Doyle recounts the story of a small detachment of British troops who were surprised by an overwhelming enemy force. The British fell back under heavy fire. Their wounded lay in a perilous position where they faced certain death. One of them, a corporal in the Ceylon Mounted Infantry, later told that they all realized that they had to come under the protection of the Red Cross flag if they wanted to survive. All they had was a piece of white cloth, but no red paint; so they quickly gathered the blood from their bleeding comrades to make a large red cross on the white cloth. Their attackers, seeing the Red Cross flag, immediately retreated. The British soldiers were saved because of the blood. So it is with every man, woman, and child – we are saved by the blood of Jesus Christ shed on the cross. When the enemy sees the blood, he has to retreat. To God be the glory!

Have you been to Jesus for the cleansing power? Are washed in the blood of the Lamb?

What to do:
✞ Come to God through the blood of Jesus by faith, and He will save you today.