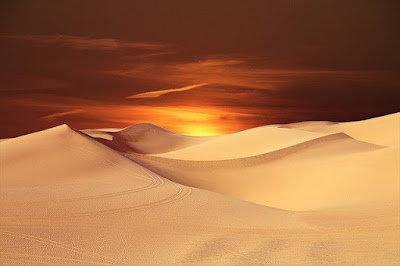 Key Words: his younger brother shall be greater

Jacob had claimed Ephraim and Manasseh, sons of Joseph, as his own and had blessed them both; but had given the greater blessing to the younger (Ephraim). Joseph protested, but Jacob in his wisdom, having learned from his own life experiences and through the power of God, had the discernment to see that Ephraim would be greater.

The point being that when we live by the Word of God, we have the faith to discern and act upon the things of God. Discernment is vital to survival.

A man was dying in the desert. As he stumbled over a sand dune he was greeted by a man selling ties. The dehydrated man begged for water, but the salesman said he only had ties. In frustration and anger the weakened man continued on his journey for survival. In an hour he reached an isolated restaurant in the middle of the desert. Was it a mirage? As he drew closer, he saw it was real. He was ecstatic. With renewed energy he ran for the door. He was stopped at the entrance by a security guard who denied him entry. The guard said, “I’m sorry, sir, but you need a necktie to eat here. The problem with the man’s decision in turning down the tie was he thought only for the here and now, rather than looking down the road and seeing the needs for the future, the discernment; and that’s what Jacob had, and what we each need.

What to do:
✞ While we have to live in the here and now, we must plan for the sweet by and by. That can’t be done without discernment.