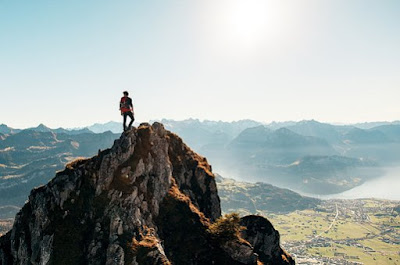 Key Verse: Judges 6:12 – “And the angel of the LORD appeared unto him, and said unto him, The LORD is with thee, thou mighty man of valour.”

Key Words: The LORD is with thee, thou mighty man of valour.

Just about every child can tell the story of Gideon and how he led Israel to victory over the Midianites. The one thing I’ve learned through the study of God’s Word and in my own personal life is “that God’s ways are not my ways.” God tells Gideon his army is too large and reduces it to 300 men. He divided these 300 men into three companies and every man had a trumpet along with an empty pitcher with a lamp in the pitcher. At Gideon’s signal every man was to blow his trumpet and break his pitcher. They all began to shout and the Midianites began to flee. God had given Gideon and Israel the victory because they had the faith to fight right.

The only thing that keeps us from fighting right is fear when in reality we have nothing to fear!!

Seeking to know God better, John Chrysostom became a hermit in the mountains near Antioch in A.D. 373. Although his time of isolation was cut short by illness, he learned that with God at his side, he could stand alone against anyone or anything. That lesson served Chrysostom well. In A.D. 398 he was appointed patriarch of Constantinople, where his zeal for reform antagonized the Empress Eudoxia, who had him exiled. Allowed to return after a short time, Chrysostom again infuriated Eudoxia, who sent him away again. How did Chrysostom respond to such persecution? With these words: “What can I fear? Will it be death? But you know that Christ is my life, and that I shall gain by death. Will it be exile? But the earth and all its fullness are the Lord’s. Poverty I do not fear; riches I do not sigh for; and from death I do not shrink.”

So I challenge you today to be a Gideon and fight the good fight by faith.

What to do:
✞ Stand strong in the Lord and in the power of His might.