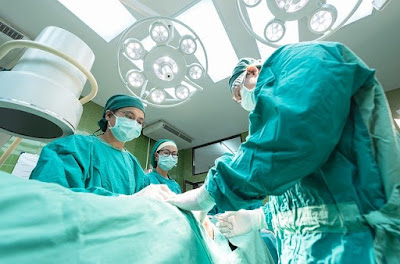 Key Verse: Verse 8– “By faith Abraham, when he was called to go out into a place which he should after receive for an inheritance, obeyed; and he went out, not knowing whither he went.”

As you read Hebrews 11:8-19 you read about how Abraham had the faith to do right in the midst of impossible circumstances.

First of all, Abraham had the faith to heed an impossible call (verse 8). Abraham went, not knowing where he was going. God didn’t pull a map out and show Abraham direction for his journey. Abraham had learned to live by faith because he had learned where to look by faith (verse 10).
Secondly, he had the faith to deal with impossible conditions (verses 11 – 16). There was the condition of his wife (verse 11); and there was his own personal condition (verse 12), “as good as dead.”

Thirdly, Abraham had the faith to deal with an impossible command (verses 17 - 19). Oh, what faith Abraham must have had in God! This is certainly a picture of “great faith.”

Living by faith doesn’t always feel good, but it produces a victory.

David, a two-year-old with leukemia, was taken by his mother, Deborah, to Massachusetts General Hospital in Boston, to see Dr. John Truman who specializes in treating children with cancer and various blood diseases. Dr. Truman’s prognosis was devastating: “He has a 50-50 chance.” The countless clinic visits, the blood tests, the intravenous drugs, the fear and pain – the mother’s ordeal can be almost as bad as the child’s because she must stand by, unable to bear the pain herself. David never cried in the waiting room, and although his friends in the clinic had to hurt him and stick needles in him, he hustled in ahead of his mother with a smile, sure of the welcome he always got. When he was three, David had to have a spinal tap – a painful procedure at any age. It was explained to him that, because he was sick, Dr. Truman had to do something to make him better. “If it hurts, remember it’s because he loves you,” Deborah said. The procedure was horrendous. It took three nurses to hold David still, while he yelled and sobbed and struggled. When it was almost over, the tiny boy, soaked in sweat and tears, looked up at the doctor and gasped, “Thank you, Dr. Tooman, for my hurting.”

We grow more by faith under trials than by blessing.

What to do:
✞ We are to live by faith, but remember living by faith isn’t always easy.