Daily Devotion: Guided By the Spirit 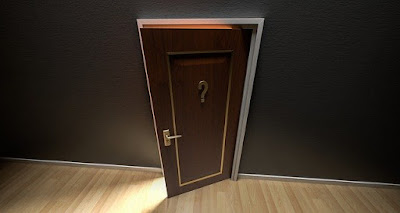 Key Verse: Verse 7 – “After they were come to Mysia, they assayed to go into Bithynia: but the Spirit suffered them not.”

Key Words: but the Spirit suffered them not

Have you ever had a door closed on you? I mean literally, have you ever been talking to someone about the Lord; and they slammed the door in your face? It is pretty obvious at that point that they really want you to leave. It’s not the end of the world!

The story of missions in more modern times tells of missionaries whose plans have been changed by the Holy Spirit. Adoniram Judson wanted to go to India; but his course was changed, and he went to Burma instead. When David Livingstone was twelve years of age, he read an appeal for missionaries to go to China, and he decided to go. His next decision was to be a medical missionary. With this in view, he began to complete his medical studies.

About the time he was ready to go, the opium war broke out. Englishmen were banned from going to China. Robert Moffitt was in England at that time telling others about the South African mission. Livingstone was interested in Moffitt’s story and said, “What is the use in waiting for the end of the opium war? I will go to Africa.”

Thus the Holy Spirit led Livingstone to Africa, and the dreadful slave trade was laid bare to the world as a result of the Holy Spirit opening one door and closing another.

What to do:
✞ Do not begrudge closed doors. Look for open ones.
✞ Be sensitive to the leading of the Holy Spirit.
✞ Understand that all believers who are accomplishing things for God’s glory have experienced at least once in their life the sadness of a closed door, but the joy of another door opening.