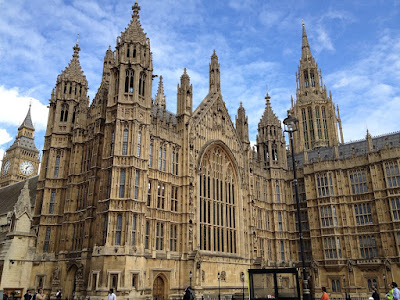 Key Verse: Verse 28 – “For he mightily convinced the Jews, and that publickly, shewing by the scriptures that Jesus was Christ.”

Key Words: For he mightily convinced the Jews

The Jews were convinced that Jesus was the Savior as a result of the working of the Holy Spirit (see verse 25). There is no limit to what can be accomplished for Christ when the Holy Spirit takes charge.

In East London during the visit of Moody and Sankey, a hall in the dense working population of that city had been reserved one evening for an address to atheists, skeptics, and freethinkers. Bradlaugh, champion of atheism, heard of this meeting, and ordered all the clubs he had formed to take possession of the hall. They obeyed, and five thousand men marched in from all directions.

The atheists laughed when Moody asked the men to choose their favorite hymns. Mr. Moody spoke from “Their rock is not our Rock, even our enemies themselves being judges.” He poured in a broadside of telling incidents from his own experience of the deathbeds of Christians and atheists, and let the men be the judges as to who had the best foundation to rest their faith upon. He attacked them in their most vulnerable points, their hearts of unbelief.

The sermon ended, Mr. Moody announced a hymn and gave opportunity for all to leave who did not want to stay for the inquiry meeting. Moody was astonished when not one man vacated his seat. After a few words Mr. Moody asked all who would receive Christ to say, “I will.”

One person, the leading club man, shouted, “I won’t!”

Moody said: “Men, you have your champion here in the middle of the hall who said, ‘I won’t.’ I ask every man here who believes that man is right to rise and say, ‘I won’t!’”

The Holy Spirit seemed to have broken loose upon that great crowd, and five hundred men sprang to their feet, saying, “I will!” “I will!” till the whole atmosphere was changed, and the battle was won.

What to do:
✞ Operate in the power of the Spirit without fear and intimidation of man.
✞ Pray and ask God to infill you with His power.