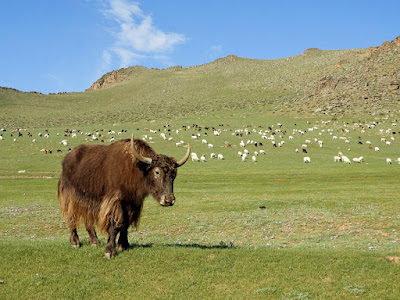 Key Verse: Verse 7- "And there was a strife between the herdmen of Abram's cattle and the herdmen of Lot's cattle: and the Canaanite and the Perizzite dwelled then in the land."

Key Words: And there was a strife

The herdsmen of Abram and Lot had a conflict over grazing land; but Abram, being older and wiser, realized that there was plenty of ground for their herds to graze so he settled the matter by allowing Lot to choose the grazing ground he desired. Abram and his herdsmen went in the opposite direction.

This conflict should never have happened. In Genesis 12:1 God commanded Abram to leave behind all his kindred. We read in Genesis 12:5, “And Abram took Sarai his wife, and Lot his brother’s son….” Conflict will always be the end result of someone acting out of God’s will.

“A West Coast doctor took an informal poll among his patients to find out what wish each would make if his wish were granted. The tally was very interesting. Eighty-seven percent said that peace of mind was their paramount goal.”
~ Roy Zuck

What to do:
✞ Be careful what you want…you might get it!