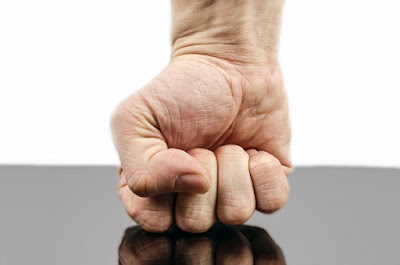 Key Verse: Verse 3 – "All therefore whatsoever they bid you observe, that observe and do; but do not ye after their works: for they say, and do not."

Key Words: they say, and do not

Shhh!! I’ll let you in on a little secret. One of the greatest sins of our day is inconsistency. When you study the pages of God’s Word you will find it over and over again. We as Christians are known for requiring of others what we do not require of ourselves or our family. Let me show you.

In Exodus 2, beginning with verse eleven, Moses went out to check on his Hebrew brethren and saw an Egyptian hitting a Hebrew slave so Moses cornered the Egyptian and killed him. Later he saw two Hebrew men fighting. Moses went and told the one who hit the other that he did wrong. Now think about it. Moses had just killed a man and he is telling another man it is wrong to hit. A bit inconsistent, don’t you think?

In John 8, remember Jesus is in the temple worshipping and some men bring a woman to Jesus who was caught in adultery. They wanted to stone her so Jesus said, He that is without sin among you, let him first cast a stone at her, so they all left– the oldest down to the youngest. They wanted to carry out the law on her sin, but not their’s. A bit inconsistent, don’t you think?

In Luke 18 two men have gone to the temple to pray. One was a Pharisee and the other a publican (tax collector). The Pharisee said, “God, I thank thee, that I am not as other men are, extortioners, unjust, adulterers, or even as this publican.” He could see other men’s faults but not his own. But notice what Jesus said in Luke 18:14a, “I tell you, this man went down to his house justified rather than the other.” A bit inconsistent don’t you think?

Expecting of others what we fail to do ourselves is the same problem the Pharisee had. Matthew 23:1-4 says, “Then spake Jesus to the multitude, and to his disciples, Saying, The scribes and Pharisees sit in Moses’ seat: All therefore whatsoever they bid you observe, that observe and do; but do not ye after their works: for they say, and do not. For they bind heavy burdens and grievous to be borne, and lay them on men’s shoulders; but they themselves will not move them with one of their fingers.” So let’s not be Pharisaical, let’s be consistent.

There is nothing wrong with correcting people if you are in a position of authority to correct, but if we really want to have an impact on others, our words and our actions must match. That’s called integrity, that’s called consistency.

What to do:
✞ Remember, inconsistency will always bring conflict.