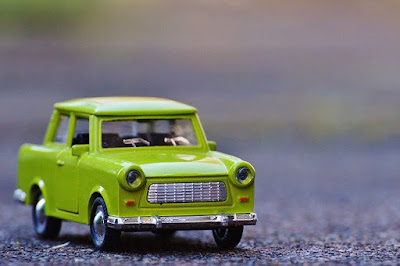 Key Verse: Verse 13 - “And also of the son of the bondwoman will I make a nation, because he is thy seed.”

Key Words: will I make a nation, because he is thy seed

The Jews and Egyptians and Arabs claim that the land of Israel is theirs because all of these peoples have Abraham as their “father” and the land was promised to Abraham. But God cleared the whole matter up when He declared Jacob to be Israel; however, the conflict still continues and will until the Lord returns.

I found a toy car under one of the seats in my vehicle. Not knowing where the toy came from, I declared it to be mine. One day a grandchild asked me about it so I gave it to him. Later another grandchild said it was theirs. Well, it was a conflict and I had to settle it so I let the original grandchild who saw it first, have it. That was my right, that was my decision to make and I made it. Now the other grandchild wasn’t happy and for several weeks there was a battle over ownership; but remember it was a useless battle. I had already decided whose it was. So in the end, that child was going to win!!

So it is with the land of Israel. God decided thousands of years ago and in the end, Israel wins. No doubt about it.

What to do:
✞ Follow the Bible and you will never go wrong.