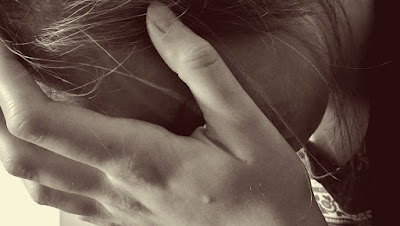 Key Verse: Verse 14 – “If my people, which are called by my name, shall humble themselves, and pray, and seek my face, and turn from their wicked ways; then will I hear from heaven, and will forgive their sin, and will heal their land.”

Key Words: and pray, and seek my face

Read it and weep.

The proclamation states, in part, “Our nation faces many problems—bringing our troops home from Afghanistan, creating jobs, educating our children, and protecting our safety net from irresponsible cuts. We will solve these issues through the application of reason. We must also protect women’s reproductive choices, the integrity of scientific research, and our public education system from those who would hide behind religious dogma to undermine them.”

“Reason should be the guiding force for public policy,” said Roy Speckhardt, executive director of the American Humanist Association. “The National Day of Prayer excludes millions of Americans who choose not to pray or prefer keeping prayer private. Reason is something that everyone can celebrate.”

“Our founders recognized that the best guarantee of freedom for all was a separation of religion and government,” Youngblood said. “The National Day of Reason reminds us of the continued importance of our nation’s founding principles and offers an alternative to the government-sponsored theism that the National Day of Prayer represents.”

The event is scheduled on the first Thursday in May each year to coincide with the National Day of Prayer in order to raise awareness of the threat to religious liberty posed by government intrusion into the private sphere of worship. Many local groups affiliated with the American Humanist Association observe the National Day of Reason by participating in blood drives, holding rallies outside state government building or hosting social gatherings. The National Day of Reason website, NationalDayofReason.org, was established by the American Humanist Association and the Washington Area Secular Humanists.

The American Humanist Association and the Secular Coalition for America urge all Americans to support the constitutional principle of church-state separation by recognizing the National Day of Reason. Supporters are encouraged to visit the official website, NationalDayOfReason.org, to post an event in their area, sign a petition to be sent to President Trump, and learn how to encourage local governments to issue a National Day of Reason proclamation.

I don’t believe this is what the Lord had in mind when he said, “Come now, and let us reason together, thus saith the Lord.”

Some of the government officials seem to make even reason unreasonable. ~ Robert James

If we fail to pray, we will simply fail.

What to do:
✞ Keep heart, pray, and above all, trust in God.