Daily Devotion: Secular Humanism and The Message Of The Church 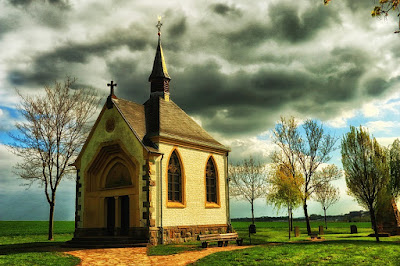 Key Verse: Verse 2 - “Preach the word; be instant in season, out of season; reprove, rebuke, exhort with all longsuffering and doctrine.”

John Dawkins in an article entitled 5 Reasons America Is on the Decline lists the Christian church as the Number One reason.

He says: We have fetishized diversity, tolerance, compassion, and niceness so much that those traits practically make up the core of a left-wing pseudo-religion because they're among the very few areas where we've morally surpassed previous generations of Americans. However, it's worth asking how you think modern Americans compare to previous generations on traits like charity, chastity, duty, Godliness, honesty, honor, industriousness, respect for authority, work ethic, and self-reliance. Most people would agree that modern Americans don't even come close to measuring up.

A large part of the blame for that travesty rests on the shoulders of the Christian church. Most churches in this country have become complacent and are all too content to preach to the aging choir rather than adopt modern methods of communication. Where are the Twitter and Facebook pages? Where are the best clips from sermons on YouTube? They exist, but they're few and far between. Many churches have also become so cowed that they're not willing to stick up for the Biblical principles out of fear that someone might be offended. The truth is that if your pastor isn't fairly regularly saying things that would probably offend the ACLU, Lady Gaga, Bill Maher, and Barney Frank, then you should probably find another church. It's not about being political; it's about standing up for what you believe in. When even most pastors seem to lack the courage to speak out, it's no surprise that the number of Americans who consider religion to be "not very important" has quadrupled in the last 50 years.

Back in 1779 Samuel Adams wrote, "A general dissolution of principles and manners will more surely overthrow the liberties of America than the whole force of the common enemy. While the people are virtuous they cannot be subdued; but when once they lose their virtue then will be ready to surrender their liberties to the first external or internal invader." (Which I believe has already invaded our church: Secular Humanism!!)

What to do:
✞ Pastors need to both preach and live the Word. Believers need to live and proclaim the Word. We are to be different from the world, you know!