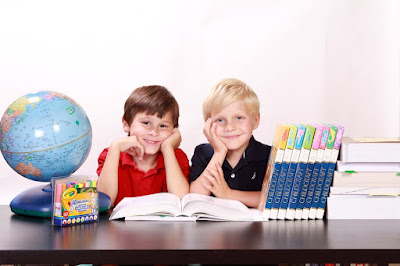 Key Verse: Verse 1 – “Now the Spirit speaketh expressly, that in the latter times some shall depart from the faith, giving heed to seducing spirits, and doctrines of devils;”

See if this is not a doctrine of devils. In an article entitled “Secular Humanism: All About Philosophy,” it states:

Secular Humanism is an attempt to function as a civilized society with the exclusion of God and His moral principles. During the last several decades, Humanists have been very successful in propagating their beliefs. Their primary approach is to target the youth through the public school system. Humanist Charles F. Potter writes, "Education is thus a most powerful ally of humanism, and every American school is a school of humanism. What can a theistic Sunday school's meeting for an hour once a week and teaching only a fraction of the children do to stem the tide of the five-day program of humanistic teaching?" (Charles F. Potter, "Humanism: A New Religion," 1930)

John J. Dunphy, in his award winning essay, The Humanist (1983), illustrates this strategic focus, "The battle for humankind's future must be waged and won in the public school classroom by teachers who correctly perceive their role as the proselytizers of a new faith: A religion of humanity -- utilizing a classroom instead of a pulpit to carry humanist values into wherever they teach. The classroom must and will become an arena of conflict between the old and the new -- the rotting corpse of Christianity, together with its adjacent evils and misery, and the new faith of humanism."

Is this what's happening? John Dewey, remembered for his efforts in establishing America's current educational systems, was one of the chief signers of the 1933 Humanist Manifesto. It seems the Humanists have been interested in America's education system for nearly a century. They have been absolutely successful in teaching children that God is imaginary and contrary to "science."

God warns us about false science which causes people to err from the faith in I Timothy 6:20-21. So finally here we are in the last days opposing a false science that stands in opposition to God. Our children learn it everyday in what we call government education. God help us to see the truth!

What to do:
✞ Live by the book of God, not by the word of secularists.