Daily Devotion: Secular Humanism, the ACLU, and Separation of Church and State, Pt. 1 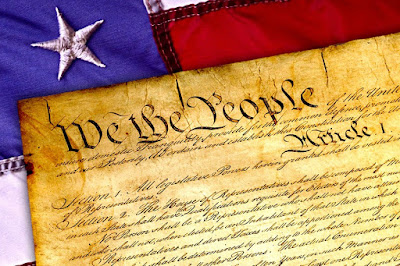 Key Verse: Verse 18 – “And he is the head of the body, the church: who is the beginning, the firstborn from the dead; that in all things he might have the preeminence.”

Key Words: And he is head of the body, the church

“Congress shall make no law respecting an establishment of religion,…”

Under the banner of “separation of church and state,” secularist humanists and the American Civil Liberties Union (ACLU) have attacked just about every symbol that has been in place for well over 200 years, including the demand that “In God We Trust” be removed from any official seals, documents and even our currency. They have even gone to court to demand that a miniscule cross be removed from the illustration of a Spanish mission (which is historically correct) that is part of the Los Angeles, California, city seal. The real purpose is to institute the secular humanist policies they desire under the guise of separation of church and state. When viewed in a historical context, many of the principles of the Christian-Judeo tradition were the basis for our government, society and morals, although, unlike Muslim governments, the guarantees built in to our Constitution recognize the importance of religious freedom.

Christ is Head of the church and for government to say the church is to play no role in government is the same as saying, “Christ isn’t welcome here!” How deplorable!! But this is the belief of secular humanists who want God, not only out of government, but out of our families and our nation as well. This can only happen if we fall for the lies of secular humanists. I encourage you, know your Bible and live by it.

What to do:
✞ Know the truth…therein lies our freedom.