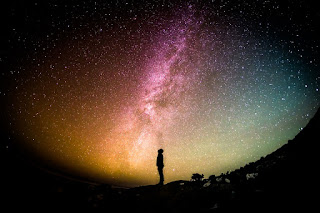 Key Verse: Verse 20 – “But God said unto him, Thou fool, this night thy soul shall be required of thee: then whose shall those things be, which thou hast provided?”

Psalm 14:1 says, “The fool hath said in his heart, There is no God.” Aldous Huxley writes in regard to secular humanism:

"There is no place in the Humanist worldview for either immortality or God in the valid meanings of those terms. Humanism contends that instead of the gods creating the cosmos, the cosmos, in the individualized form of human beings giving rein to their imagination, created the gods."

"The classroom must and will become an area of conflict between the old and the new—the rotting corpse of Christianity, together with its adjacent evils and misery and the new faith of Humanism, resplendent in its promise of a world in which the never-realized Christian idea of 'Love thy Neighbor' will finally be achieved."

"The ultimate failure of Secular Humanism is in the fact that of its very nature it promises what it cannot fulfill. By encouraging people to put their trust in earthly happiness it programs them for disillusionment. This is in large measure the reason why the history of the modern world has been characterized, intellectually, by philosophies of pessimism like Existentialism and by often-rancorous bitterness over various plans for worldly improvement. In the twentieth century, mass slaughter has been perpetrated not by religious believers in opposition to heresy but by secularists convinced that their plan for a worldly utopia is the only possible one." James Hitchcock, What Is Secular Humanism?

James Dobson says: "The humanistic system of values has now become the predominant way of thinking in most of the power centers of society."

Bertrand Russell, a clear-headed liberal humanist, wrote as follows about what he called 'the night of nothingness': 'There is darkness without and when I die there will be darkness within. There is no splendor, no vastness, anywhere; only triviality for a moment, and then nothing.' That says it all. Whereas for the Christian nothing is finally trivial, for the humanist everything becomes finally trivial, death, as Russell says, producing precisely that effect." Ah, but this is not true at all for the secular humanist: at death “thy soul shall be required of thee.”

What to do:
✞ Pray for those who are blinded by secular humanism that they may see and come to Christ as Savior.