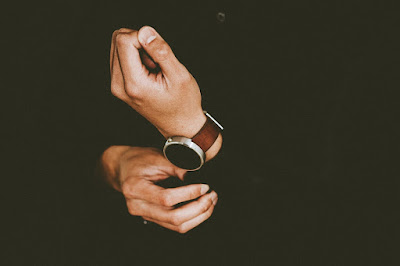 Key Verse: Verse 16 - “The sluggard is wiser in his own conceit than seven men that can render a reason.”

Key Words: The sluggard is wiser in his own conceit

Daniel Webster was a great orator with a quick mind. In his early years, Webster’s father left specific instructions for Daniel and his older brother, Ezekiel. When the elder Webster returned from his trip, the job was still unfinished. He questioned the boys about their slothfulness, “What have you been doing, Ezekiel?” “Nothing, sir,” was the reply. The father then turned to the younger Daniel and asked, “Well what have you been doing, Son?” Webster never batted an eye, “Helping Zeke, sir.” Slothfulness.

The retired husband was in his usual position of lying on the couch. When he awoke from his nap, he looked at his watch. The second hand was no longer moving, and the time was obviously wrong. He called out to his wife who was working in the kitchen. He said, “This watch doesn’t work anymore.” She immediately shot back, “At least it’s in good company!” Slothfulness…

The CEO of a large company was asked, “How many people work in your company?” The dry-witted CEO replied, “Not many!” Slothfulness…

Where there is a will not to work, you’ll always find an excuse!!

What to do:
✞ Be a worker.
✞ Don’t make excuses.