Daily Devotion: God Is In Control 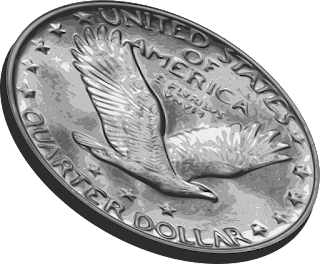 Key Verse: Verse 33 - “The lot is cast into the lap; but the whole disposing thereof is of the LORD.”

Key Words: The lot is cast into the lap

Flipping a coin, drawing straws, or even taking a number out of a hat have always been ways of resolving a disagreement when other ways have failed. One of these methods was recently used to decide the winner of an election. It seems as though two men tied with 140 votes apiece in a city council election in a small town outside Norman, Oklahoma. Rather than go through the expense of another election, city officials used a chance method to decide the winner, and apparently everyone accepted the outcome. In case you are wondering, they actually drew straws to decide the winner.

Many people view all of this as nothing more than a matter of chance, of gambling and playing the odds; but Solomon said that ultimately the whole matter would be decided by God. In Bible times this was not an unusual way of resolving situations. For example, remember in Jonah where they wanted to cast lots to see who had angered God and caused the storm (Jonah 1:7)?

So should we resort to casting lots or flipping coins to resolve conflicts, or to find God’s will, or to seek His direction? Absolutely not! We have His Word, His Spirit, and His assurance that He is guiding us.

Then what does all of this say to us? I believe it says that from the Christian perspective there is no such thing as chance or luck. God is either directly or indirectly involved in everything that happens to us. He can, therefore, be trusted and obeyed in any circumstance because God is in control.

What to do:
✞ Turn everyday and every situation over to God.
✞ Follow God’s direction as He speaks to you through His Word.
✞ And remember, lots would never had been cast in Jonah, had Jonah been in God’s will.