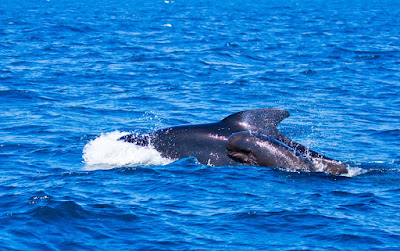 Key Verse: Verse 36 – “But he that sinneth against me wrongeth his own soul: all they that hate me love death.”

Key Words: all they that hate me [wisdom] love death

It was in the spring of 1979, on a lonely three-mile stretch of Florida beach that one hundred pilot whales hurled themselves onto dry ground in an apparent mass suicide. It was another example of self-destructive behavior that continues to baffle marine biologists. These huge creatures had beached themselves in a kind of follow–the-leader fashion. People came from miles around to try to turn them back. At one point a human fence was formed between the whales and the shoreline. But even when those sea mammals were pushed, pulled, and forced back into deeper water, many of them repeated their death surge and threw themselves onto dry ground again. Several theories have been advanced to explain this seeming bent toward self-destruction. One is that the whale’s directional sonar, which steers it clear of danger, may have gotten fouled up. Biologists found parasites in the inner ears of some of the huge creatures that may have disoriented them.

Do you suppose we humans look like that to the angels? As God’s ministers for our good, they might wonder what strange urge causes us to self-destruct en masse. It’s clear to them that the Creator has provided a sea of wisdom for us to live in. Yet there’s something about man that mimics these whales. Like an unreasoning animal, he seems obsessed with a desire to break out of that element for which he was created. Instead of remaining in the expanse of a loving, conscious submission to God, he throws himself onto the dry ground of disobedience.

We may think we’d never do that. But believe what God says: All who hate wisdom love death.